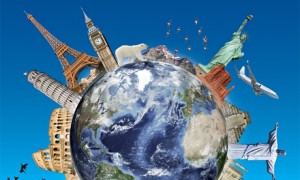 When I was a young boy I had the extreme delight of having parents who were Missionaries. They were kind, loving and full of adventure in the name of God. We lived in far away lands and they brought the light of the Lord to the people who otherwise may never have been touched by these blessings. By the time I was 12 years of age, I had already lived in four different countries, Congo, South Africa, Brazil and Argentina. It was also about this time that my folks decided to come back to the United States and settle into the ministerial life in a small church in Iowa.

It wasn’t long after we were settled stateside that I realized that I had been bitten by the travel bug. Even though I made some wonderful new friends in Iowa, I never lost the sense of wanderlust that underpinned such a big part of my early years. The adventures were different in Iowa than the Congo or Argentina and it made me wonder what life was like in Thailand, or China, or Iceland or any number of other places. As soon as I could I was off on my own venture in the name of John Woodington, not necessarily the name of God. Admittedly, I never left God behind, but my main mission was to explore rather than proselytize.

Fast forward 45 years and now I share what I’ve discovered with my readers. Primarily, at this time of my grand sojourn, I view a country with retirement in mind. At this site I will take you on a few escapades with me, give you some facts and insights as to which countries are considered the best places to retire, and why.

Retirement is such a quasi scary concept. Financially, many people don’t have the budget to continue to live a lifestyle they are accustomed. Good health care is a huge consideration whether old or young. Freedom and the political atmosphere of a country is basic to settling into a comfortable life. I introduce you to places you may never have considered as somewhere you would end up calling home, that is, until you’ve learned about their advantages.

This site is about information and insights, dreams and possibilities – and making connections. Thank you for joining me in the discovery of countries with their arms open to those who are ready to retire in peace, comfort and a splash of adventure.